By market capitalization, Cardano (ADA) has surpassed Bitcoin (BTC) to become the world's third-largest cryptocurrency, according to CoinGecko. after the stock's price jumped 12% in the last day to a new 12-week high.

The cryptocurrency has been slowly increasing since bouncing off $1.00 support on July 19, and is currently trading at $2.03 as of 6:08 a.m. ET. The price of ADA has increased by 46.5 percent in the last week, bringing the asset's market valuation over $65 billion, ahead of Binance Coin and Tether. 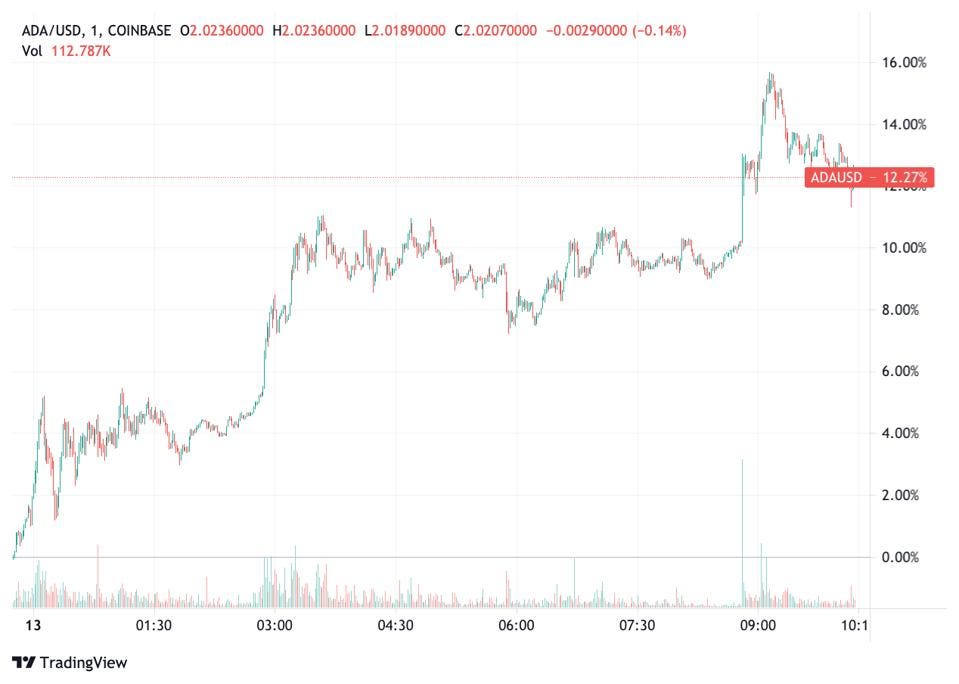 The increase is due in part to growing anticipation for the upcoming Alonzo upgrade, which is scheduled to bring smart contract capabilities to Cardano's main network before the Cardano Summit in September. The project's founder, Charles Hoskinson, said earlier this week that the official launch date would be announced on Friday, August 13.

Cardano's long-awaited upgrade might let it compete on an equal footing with Ethereum, which supports the vast majority of decentralised finance (DeFi) applications, such as lending protocols and exchanges that facilitate transactions without the use of intermediaries.

“With the market already digesting news that Hoskinson will provide more colour this Friday, the announcement itself risks being a classic "buy the rumour, sell the news" type of event that entices market participants to profit,” writes Pete Humiston, manager of cryptocurrency exchange Kraken's Intelligence research division. “Market players should maintain a careful eye on $1.50 support if that is the case.”

At $46,380, Bitcoin is trading  in the green. Other altcoins are also surging, with Ether, BNB, Polkadot and Uniswap returning 3-3.8 percent on the day.