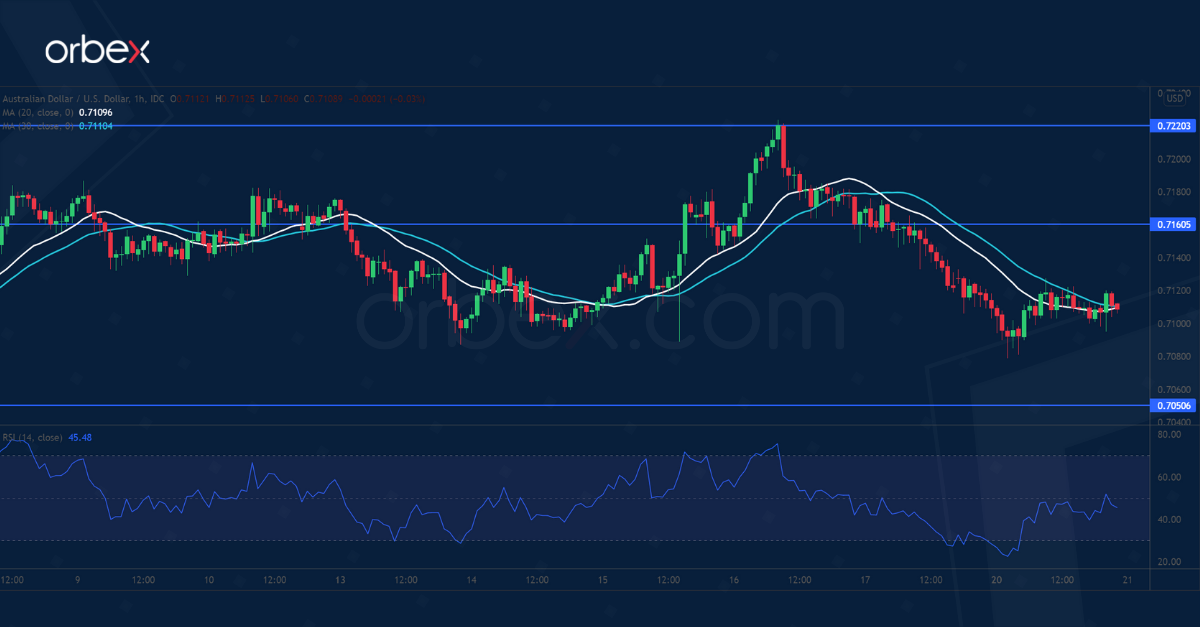 The Australian dollar softens over dovish RBA meeting minutes. The pair has met stiff selling pressure near the 30-day moving average (0.7220).
On the hourly chart, a bearish MA cross and a break below 0.7100 indicate weakness in the latest rebound. An oversold RSI may cause a brief rally, but the bears may sell into strength around 0.7160.
0.7050 at the base of the initial breakout is an important support. A lack of bids could send the Aussie to 0.6990 with the reversal attempt at stake. 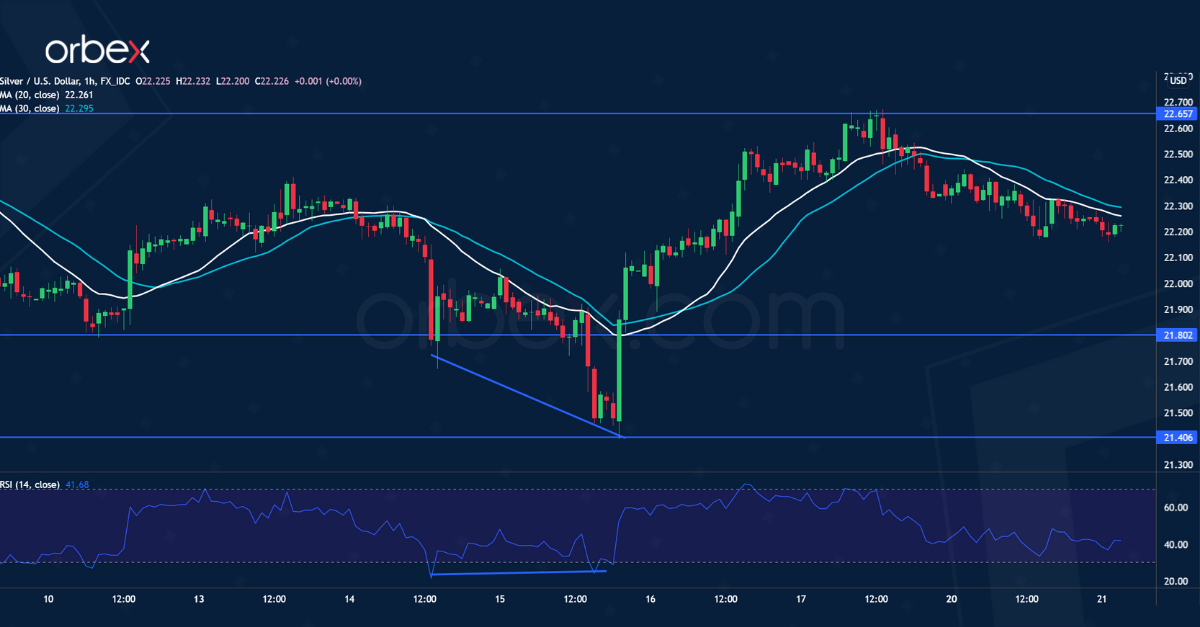 Silver drops as the US dollar inched higher across the board. A bullish RSI divergence suggests a loss of momentum in the sell-off.
Then the recent surge has broken above multiple levels of resistance, prompting the short side to cover some of their bets. However, the bulls may need to defend their gains after the initial push overextended.
The demand zone between last September’s low (21.40) and 21.80 is critical in keeping the rebound valid. 22.65 is now a fresh resistance before a full-blown recovery could materialize.

US 30 struggles for support 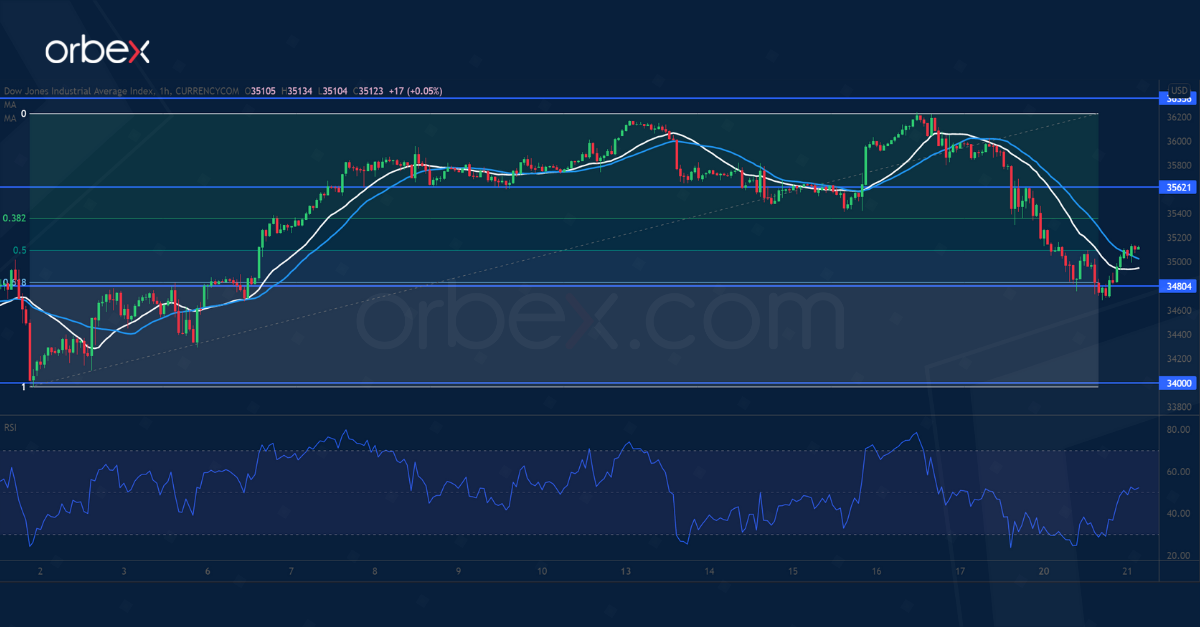 The Dow Jones retreated as major countries imposed curfews ahead of the holiday season. Following a double top under 36200, a drop below 35450 has broken buyers’ attempt to resume the rally.
The index is struggling to hold above the base of the December recovery (34800) which coincides with the 61.8% Fibonacci retracement level of the rally from 34000.
Buyers will need to lift 35620 before they could attract followers’ attention. 34000 is the daily support to safeguard the bullish bias in the medium-term.