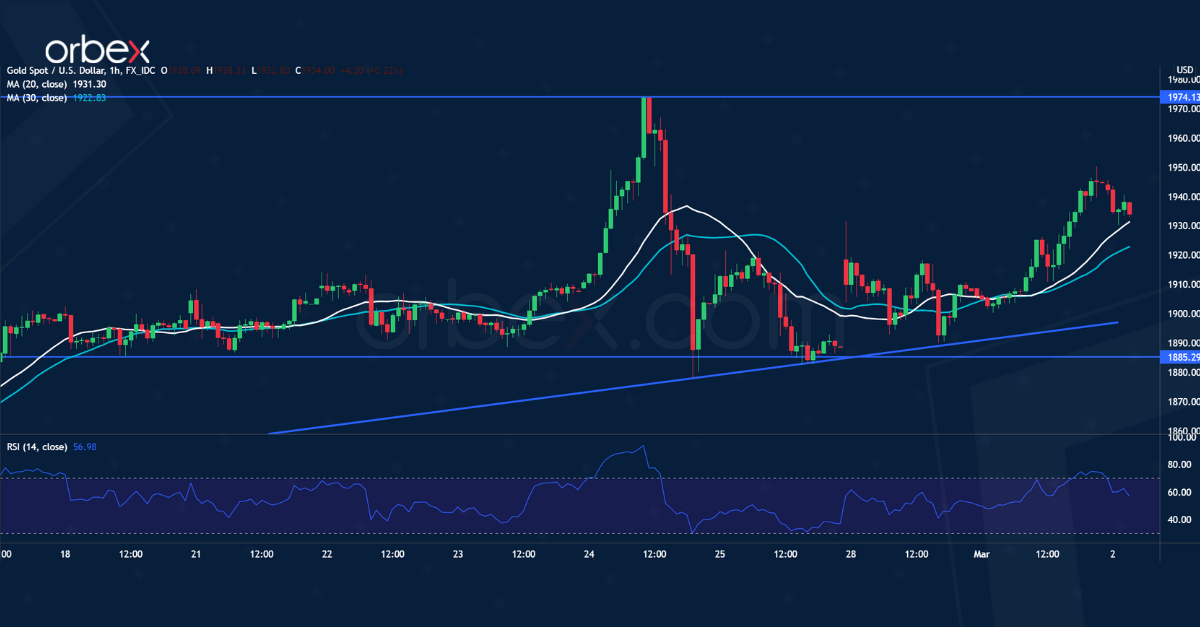 Gold recovered after the first round of peace talks between Ukraine and Russia ended without a resolution. The precious metal found support over 1885.

The rising trendline from early February indicates that the general direction is still up despite a choppy path. The previous peak at 1974 is now a fresh resistance and its breach could send the price to the psychological level of 2000.

The downside risk is a fall below the said support. Then 1852, near the 30-day moving average, would be the bulls’ second line of defense. 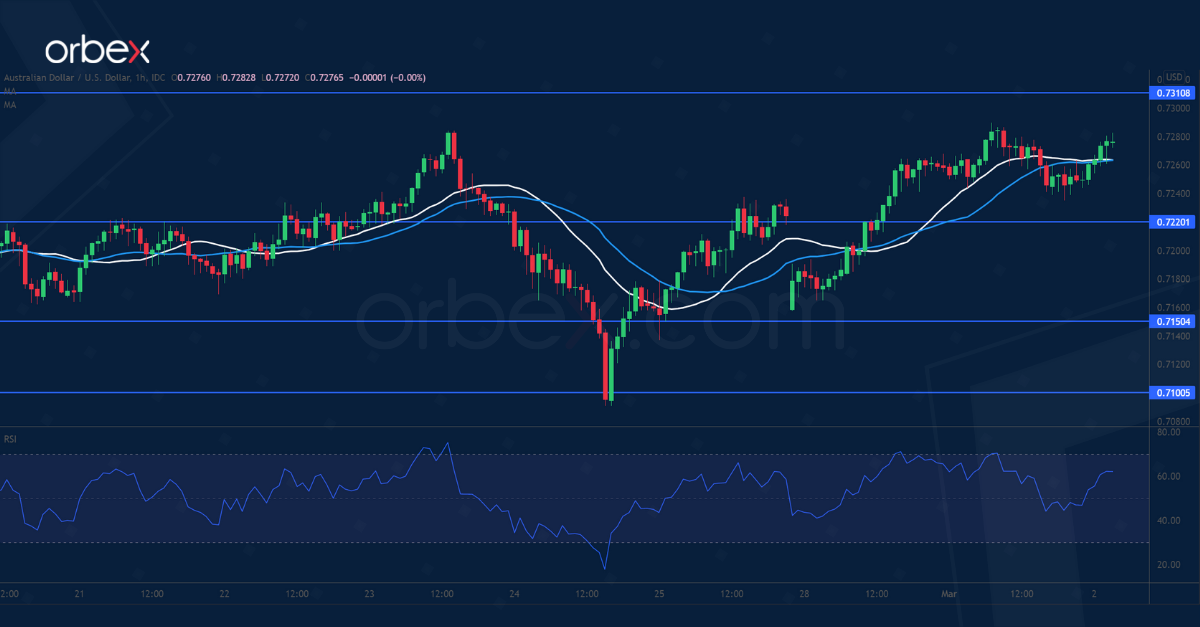 The Australian dollar steadied after the RBA warned that energy prices could flare up inflation.

A break above the previous high (0.7285) shows buyers’ strong commitment despite sharp liquidation. Sentiment swiftly recovered and may attract more buying interest. An overbought RSI may temporarily limit the upside. And the bulls could be waiting for a pullback to accumulate.

0.7220 is the closest support. A bullish close above the January peak at 0.7310 could initiate a reversal in the medium-term and extend gains towards 0.7400. 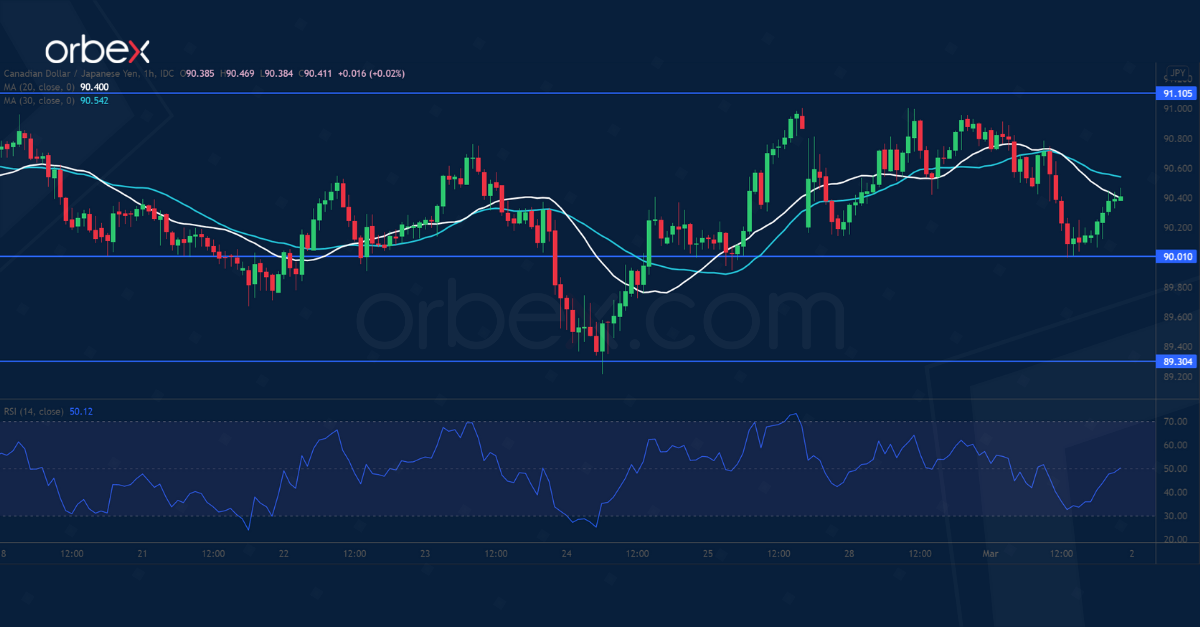 The Canadian dollar clawed back losses after the Q4 GDP beat expectations. A jump above 90.70 has prompted sellers to cover their bets, opening the door for a potential reversal.

91.10 is the next resistance and its breach could propel the loonie to this year’s high at 92.00. On the downside, the psychological level of 90.00 is a key support to keep the rebound relevant.

Otherwise, a drop to 89.30 would suggest that sentiment remains fragile. In turn, this would place the pair under pressure once again.