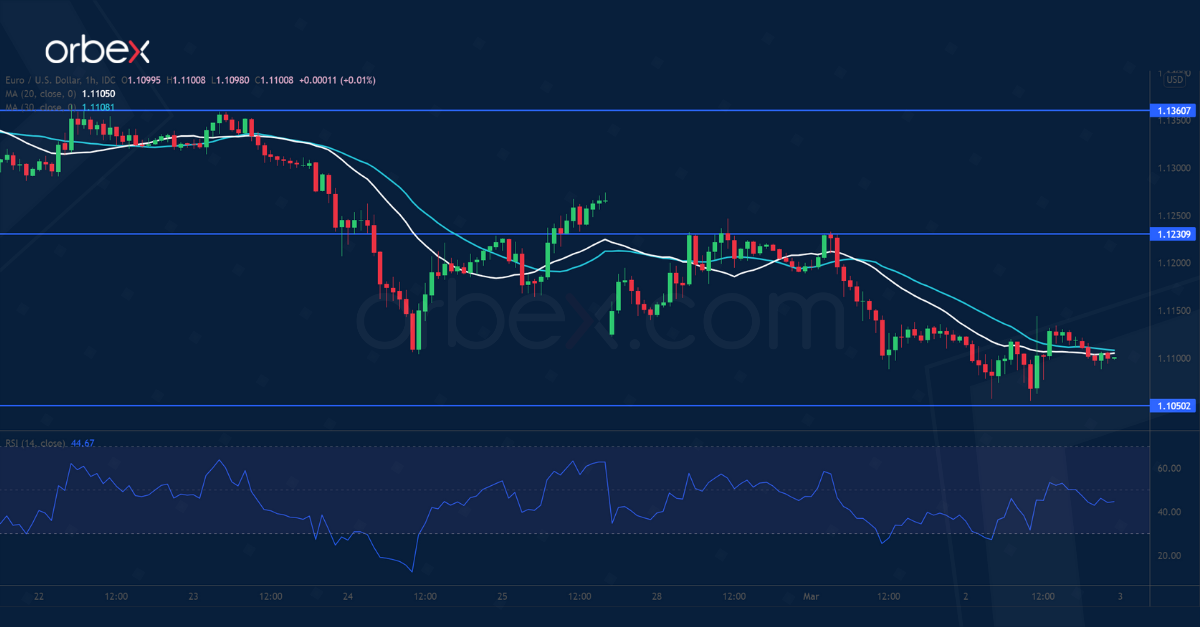 The euro retreats as the ECB may dial back normalization amid the Ukraine crisis.

A fall below the daily support at 1.1130 was an invalidation of the February rebound and forced buyers to bail out. The lack of support means that short-term sentiment has turned bearish once again.

An oversold RSI may lift the pair temporarily due to profit-taking, but trend followers could be looking to sell into strength. 1.1230 is the closest resistance. A new round of sell-off may push the euro beyond 1.1050. 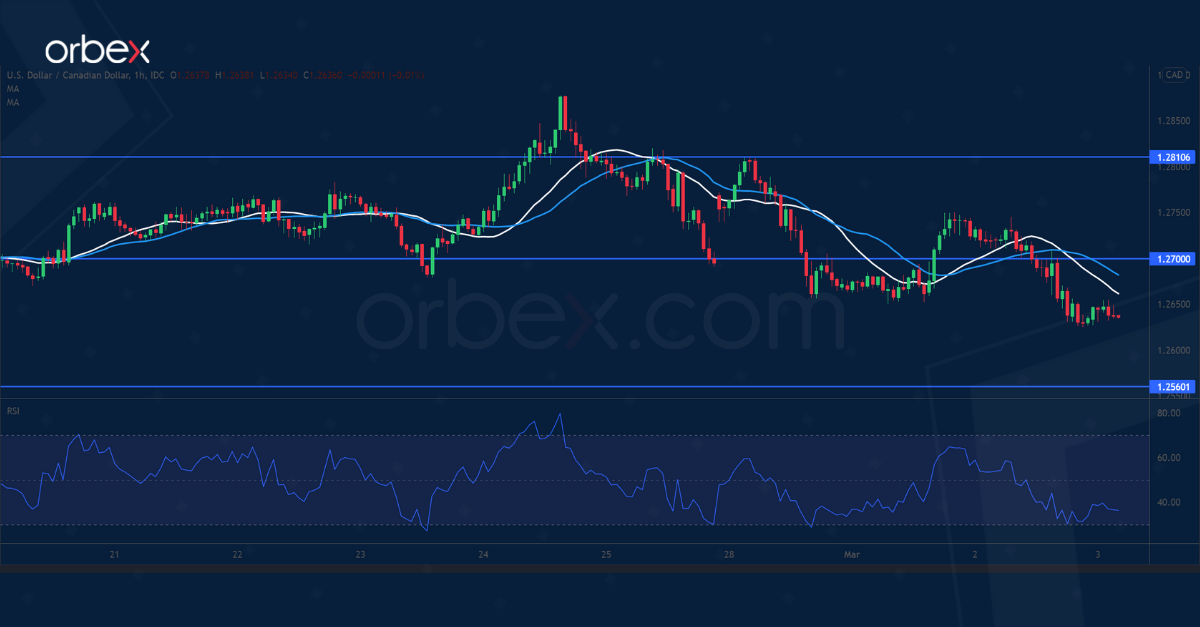 The Canadian dollar jumped after the Bank of Canada raised its key interest rate to 0.5%. A break below the demand zone, around 1.2680, has put buyers on the defensive.

The daily support at 1.2640 was a major level. And its breach could trigger a sell-off towards 1.2560, threatening the rally from late January. Further south, January’s low at 1.2450 is a key floor to keep the greenback afloat.

An oversold RSI may lead short-term sellers to exit, driving up the price briefly, but a rebound may be capped by 1.2700. 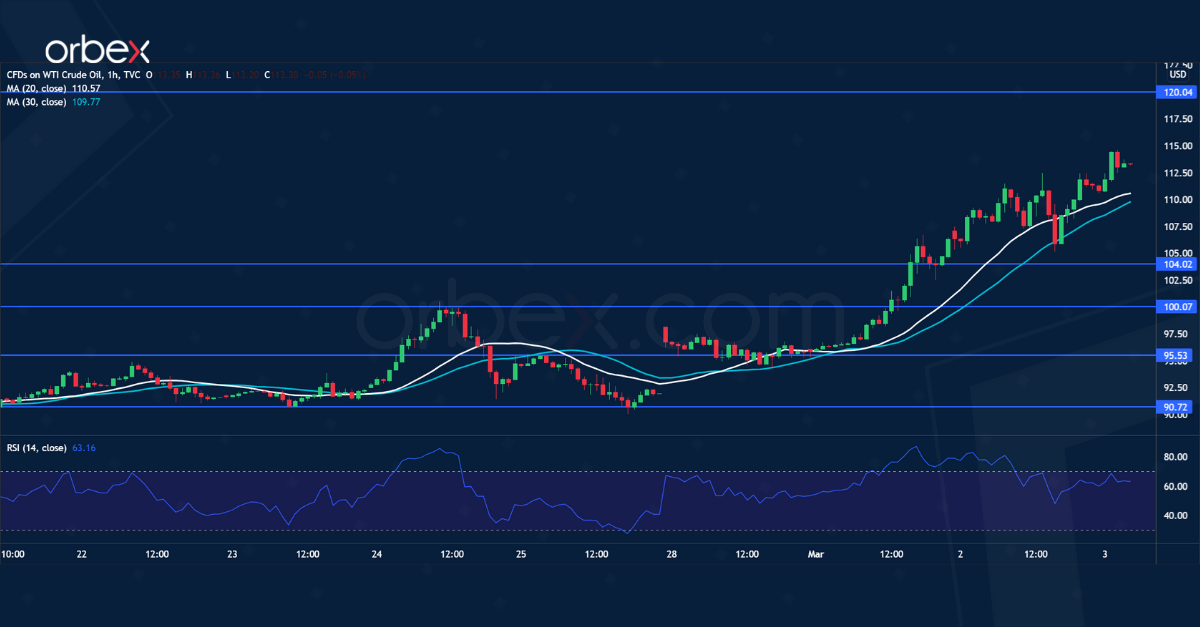 WTI crude skyrocketed as the war in Ukraine could drag on pushing up energy prices. The rally accelerated after it broke above the psychological tag of 100.00.

The RSI’s overbought situation in both hourly and daily charts indicates overextension. Profit-taking may drive the price back down and let the bulls take a breather.

104.00 is the immediate support in this case. Sentiment is overwhelmingly bullish and pullbacks could be limited. 120.00 would be the next stop when volatility comes around again.